“I can’t think of anything that excites a greater sense of childlike wonder than to be in a country where you are ignorant of almost everything. Suddenly you are five years old again.”

Neither Here nor There by Bill Bryson 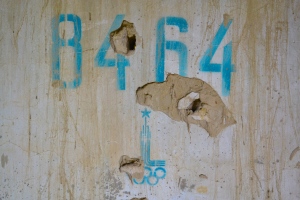 I walked into a small steamy room next to the cow shed. “Should I pack wellies?” I’d asked Hubby a week before. “No they’re having a drought,” he’d assured me.

I glanced down at my muddy shoes.

Two women looked up at us. One old, the other a young trainee. Both wore headscarfs and large aprons, their sleeves were rolled up to their elbows and they carried wooden paddles in their chapped, reddened hands.

Moldovan cheese is made by hand – pulled, stretched, twirled, beaten and bathed in hot salt baths. The result is rubbery, salty and only palatable together with a pint of beer.

Last Saturday Hubby and I sat around a table in Oxfordshire, along with 10 other trustees, discussing a small former USSR country in Eastern Europe sandwiched between the Ukraine and Romania – The Republic of Moldova – a barely viable country.

I visited Moldova for the first time in Easter 2014. It was not a ‘comfortable’ visit. I was reminded of how blessed we are and how much we take for granted here in the west. We have roads with few potholes, tarred and maintained so we don’t have to wash the mud off our shoes every time we step indoors. We have access to superb education and opportunities for advancement. We enjoy plenty of healthy food and a free, world-enviable health and social welfare system. All this in a generally safe, law-abiding, mafia-free, corruption-constrained country. And for the most part, as we go about our lives with our classically first world problems, we assume these as our ‘rights’.

Stepping off the plane in Chișinău is the closest I have ever come to a celebrity welcome – somehow I know it was not just because I was the long-awaited wife of the chairman of our small charity, or rather the ‘president’s wife’ as they called me.

I was bundled up into a van with other trustees, our luggage and a lifetime supply of cabbages and potatoes (incidentally one of the few words I know in Russian is картошка meaning potato – very useful). A rainy, bumpy late night ride took us to a tiny village in mid-west Moldova where we work with local churches to teach, grow and encourage them to develop their meagre resources.

Everywhere is a feast for the eyes.

The faces are lined and weather worn, with secret stories of hardship. Almost every family we met in the village has taken in one or more orphan though they have little with which to feed their own families. Everywhere we were welcomed with smiles and nods, offered peach kompot, hot tea, fresh honey and home made wine.

8 Things I’ve learnt about Moldova:
1. There is no heavy industry in Moldova – all factories are in a small, Russian-occupied, Eastern strip called Transnistria not officially recognised by the UN. Since the end of the War of Transnistria in 1992, it has held a de facto independent status. It has its own currency. You will need a passport to visit Transnistria from Moldova.
2. Apart from a small access point to the Danube, Moldova lost its whole coastline to the Ukraine.
3. It has excellent wineries. The wine is currently barred from export to Russia. I visited one winery called Cricova, which holds collections for heads of state and celebrities all over the world (including Putin) in a series of underground cellars (120km of underground roads and cellars).
4. There is a growing honey bee industry – again, not for export (making honey, not bees).
5. Orthodoxy is the dominant religion. There are many beautiful, ancient monasteries scattered across the country. We visited Orheiul Vechi Monastery on a hilltop in the countryside where we enjoyed a midnight Easter service in Romanian and walked around the monastery with our candles 3 times declaring Christ is Risen!
6. 50% of Moldovan children are de facto orphans, as one or more of their parents have left to find work in the EU.
7. By my calculations, from meeting people in the village, the city and a stable where we went horse-riding, most women in Moldova are called Tatiana.
8. When a Moldovan wants to honour a guest, they will serve aspic (cold meat in fatty jelly) and it’s considered extremely rude to say no to food in Moldova. This is the only food that Hubby dislikes.

It’s true that travel brings out the childlike wonder in us, but maybe we don’t have to go very far away. Perhaps we just need to get to know people of different colour, culture, language, or view point. Maybe that’s just about all we need to open our eyes to a whole new world.

On Saturday Hubby announced his resignation from the charity as both chairman and trustee. It was a sad, but special day. He has been with them for 13 years – a good innings.

Change is brewing as it does with all of us. He has become enormously busy trying to run a business in a difficult market, and feels an increasing need to re-focus his energies on family, especially our family in South Africa with my father being unwell.

SMALL PRINT:
P.s. A nugget from Vitali Vitaliev, a Ukranian-born travel writer: “The only ‘luggage’ you need is a pair of sharp and compassionate eyes. Observe, research, describe and report without ever getting arrogant or patronising to the locals.”
P.p.s. In other news, there is a lingering smell of asparagus in our house… I made asparagus soup a couple of days ago and, though delicious, THAT SMELL IS POTENT!

4 thoughts on “Moldova: a little country with a big heart, lost in another time and place”