“Few of us have chosen our clubs, they have simply been presented to us; and so as they slip from Second Division to the Third, or sell their best players, or buy players who you know can’t play, or bash the ball the seven hundreth time towards a nine foot centre-forward, we simply curse, go home, worry for a fortnight and then come back to suffer all over again.” 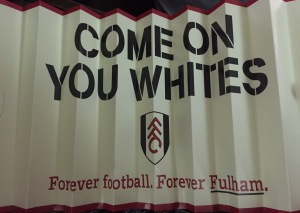 Still 30 degrees. 7:30pm on 13th September. We squeezed along row F looking for our wooden seats, careful not to knock over a pint. The air was pungent with the smell of sweat and tensions were rising.

This is the second football game I have been to in all my 15 years living in the UK. 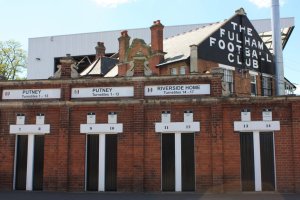 Lesson one from the last game 3 years ago: absolutely do not clap for the other side, no matter how superb their goal.

A fan must be loyal!

Fulham is my local team because their stadium, affectionately called Craven Cottage, is a block away from our house. We can tell if they are winning or losing by the cheers and songs they are singing.

We have a tolerant relationship with Fulham fans. Every other week through autumn and winter, officials come out in high-visibility jackets and close the roads, burger stands pop up in the park, mounted police trot down our street, and fans dressed in black and white walk the 0.8 miles from Putney Bridge Station to the stadium singing songs and singing, “FUUUULHAAAM!” 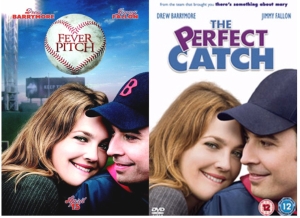 After the game (1-1 draw) I was eager to get blogging, but thought I’d better first investigate what’s it’s really like to be a football fan. I turned to Nick Hornby’s acclaimed autobiography Fever Pitch. Incidentally, there are 2 film versions of this hilarious and insightful book. The first, stars Colin Firth in the British version entitled Fever Pitch (1997). The second stars Drew Barrymore and Jimmy Fallon in the American remake, where football is replaced by baseball, the film is re-billed The Perfect Catch (2005) and it is marketed as a Rom-com – thereby removing all the grit.

I highly recommend the book. It had me laughing out loud and boring Hubby with quotes.

Hornby says he learnt all about life from football: weather, loyalty, geography, sociology.

“Loyalty, at least in football terms,” says Hornby “was not a moral choice like bravery and kindness; it was more like a wart or a hump, something you were stuck with. Marriages are nowhere near as rigid – you won’t catch any Arsenal fans slipping off to Tottenham for a bit of extra-marital slap and tickle.”

“Much of my knowledge of locations in Britain and Europe comes not from school, but from away games or the sports pages, and hooliganism has given me both a taste for sociology and a degree of fieldwork experience.” 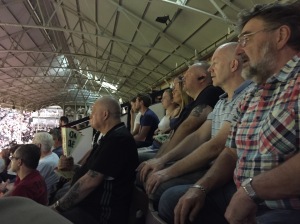 How to cheer for Fulham:

All quotes were collected by Hubby and me at the game – attempts at interpretations alongside. Before you start reading, banish your H’s and T’s, draw out your vowels (e.g. ‘box’ would become ‘boooooooooxx’), lower your tone, get a little bit angry and loud – it’s okay if you lose your voice:

*** And my personal favourite: “This is sh#t Fulham! Absolu’e toile’!”

SMALL PRINT:
P.s Nick Hornby noted, “What impressed me most was just how much most of the men around me hated, really hated, being there. As far as I could tell, nobody seemed to enjoy, in the way that I understood the word, anything that happened during the entire afternoon. Within minutes of the kick-off there was real anger: ‘You’re a DISGRACE!’ ‘A hundred quid a week? A HUNDRED QUID A WEEK! They should give that to me for watching you.’” 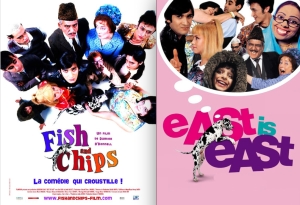 P.p.s. Renaming a film to market it in another country is fairly common. For instance, when the gritty Birmingham comedy East is East (1999) was repackaged and marketed in France, it was renamed Fish and Chips – presumably, like the French nickname for the English – Le Roast Beef – this title made sense for a French audience.
P.p.p.s. Don’t panic, I’m not turning into a football fan, just people-watching.
P.p.p.p.s. Craven Cottage has been the home ground for Fulham FC since 1896. It used to be a royal hunting lodge and dates back 300 years. It’s one of the smallest grounds seating only 25,700 at capacity.

2 thoughts on “Lessons from Sport: How to cheer for Fulham” 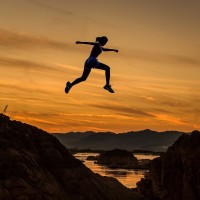