“He read the words again, holding his candle close to the frame, to light them. Then he went to the table, opened his bottle of ink, turned to a clean page in his journal, dipped his pen and wrote: ‘January 27th 1898: At St Matthias Mission there is an odd sense of predestination …’ He looked up and gazed a moment at the text on the wall, returned to the page and added, ‘It is strange how strongly I feel it. What it is I do not know, but I shall leave before it takes me in. I shall leave before I am its victim.” 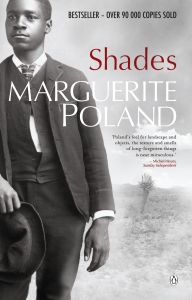 So the story goes, a family worked in Asia as missionaries for OMF (Overseas Missionary Fellowship). They lived and served among the Asian people in a small community, becoming quite close to many of them. One day a woman they knew well and had spent much time with, turned on them in an angry tirade. She said things that were untrue and hurtful and their relationship with her seemed to be broken.

The family were devastated. It had taken many months, even years, to build trust in the community. Now it was ruined.

After some thought and prayer, the family sat around the table one night trying to make sense of the situation. They decided that there must be something they were missing, something they didn’t understand. Their friend was acting out of character. If only they could find out one more fact, perhaps everything would become clear?

“One More Fact?” the children said. “That could be what OMF really stands for.”

In the OMF story there was indeed a missing piece to the puzzle which helped them empathise with their Asian friend, understand and make peace. All was not lost.

One more fact seems to be the cry of January 2017.

Hubby and I have had one of the most difficult couple of weeks we can remember.

It hurts so much when your beloved colleagues or friends or relatives, people you always thought cared deeply for you, and who you in turn have loved, and in whose lives you have invested so much, turn out to be secretly plotting, sowing dissent and talking behind your back.

It’s the stuff of school playgrounds – your pig-tailed friend says she doesn’t want to play with you at break time anymore and suddenly it’s end-of-the-world stuff.

The difference is that we are grown-ups.

Hubby and I have gone through all the stages – heartbreak, anger, denial, guilt – not in any logical order I’m afraid.

Now, thank God, we are picking up the pieces and have finally come to ‘resolve’. A quiet, restful place, is ‘resolve’.

It’s a place to count blessings, to admit we are not perfect and to make new decisions. It’s empowering. It’s practical. It’s hopeful.

And, most definitely, it’s an opportunity for ‘Nyamazela-ness‘.

I’m afraid I cannot share more details, because this is not a blog designed to name and shame and air dirty laundry, but I wanted to share with my readers that maybe – though I’ve tried to run from it all my life (and been fairly successful) – CONFLICT has it’s upside.

Hubby and I are in repair mode now. Maybe just one brick at a time.

SMALL PRINT:
P.s. Prayer works – just saying.
P.p.s. My Mama has arrived on this cold northern island and that’s cause for excitement.
P.p.p.s. We look forward to a road trip to Hull with a surfboard. I hope it fits into our little car.
P.p.p.p.s. The quote today is from a most AMAZING novel by a South African writer. I read it as my final English school set work. It’s up there with the classics. It’s about a British family who work on a Christian mission station in South Africa in the 1800’s. It’s epic, it’s profound, it’s historical, it’s a love story, I could not put it down – go on, read it!

4 thoughts on “One More Fact”