“And thus ever by day and night, under the sun and under the stars, climbing the dusty hills and toiling along the weary plains, journeying by land and journeying by sea, coming and going so strangely, to meet and to act and react on one another, move all we restless travellers through the pilgrimage of life.”

It was a sunny day in Pennington on the Natal South Coast. I was visiting my grandparents who live there. Later in the day we were planning to meet my aunt for a coffee and a slice of cheesecake. My aunt has appointed herself National Cheesecake Taster. She has extensive knowledge in cheesecake tasting. The tasting rendezvous was set for a café in a Scottborough Mall. My parents and I arrived early. The car park was full and stiflingly hot. We hopped-ran from the car to the mall. In the glaring sunlight I realised that my toenails were naked and ducking into a pharmacy, I bought a bottle of bright blue polish and popped it into my bag for later.

Soon we were sipping cappuccinos (avec ‘TANNIE’ – my cheesecake-eating aunt). Incidentally, I went for pecan pie instead of cheesecake – the texture and sweetness of cheesecake is a bit much for me. I remember the cheesecake got a pretty high rating from TANNIE. Sated, we returned to chez-grandmama.

“What about your blue nail polish?” my Dad asked me. “I don’t have a very steady hand,” I replied.

So my Dad painted my nails right there on the wooden deck in the summer sun.

And that is my birthday memory. A rare, fleeting, completely ordinary, extraordinary moment with my Dad.

Work is HECTIC in every sense of the word. When I was a student, waitressing at a Spur stake ranch in Grahamstown, where I made no money because all the customers were also broke students ordering a plate of chips to share and bottomless coffee, we called a busy day, ‘spinning’. Hubby and I, and our whole team are spinning. This is challenging, but good. There ought to be more hours in the day! But as I talk to other people in different industries, they are also spinning. Perhaps, as my sister suggested the other day, this is the new normal.

I spent the today writing at a secret London location with a playwright friend of mine. We wrote. We chatted. We strolled along the South Bank to find food. We ate in the sun. My favourite flavours are, without a doubt, chilli, coconut, cream and lemon.

Over the last few weeks I’ve noticed some funny business names, ridiculous signs, hilarious tweets, new baby beans on our terrace and how coffee can be used for marketing. Here are a few captioned pics for your amusement: 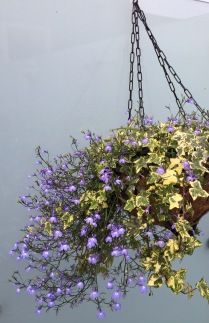 I stand with small people 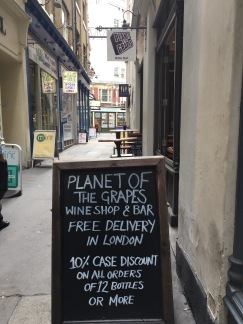 Planet of the Grapes 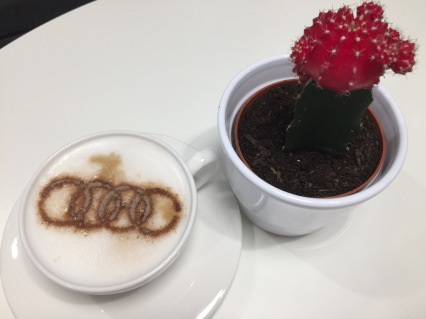 Our coffee when we were waiting for Audi to sort out our Diesel emissions software. 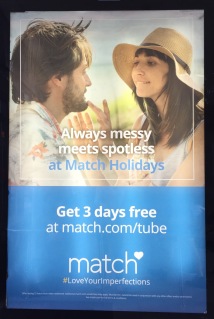 At the bus stop… I don’t see how ‘always messy’ and ‘spotless’ would survive very long. 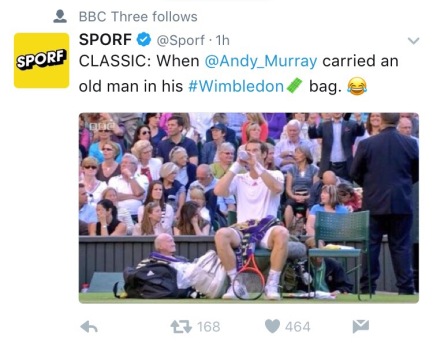 On our way back from Leeds Castle we saw this dentist surgery.

Birthday card from my loving brother.

This morning we discovered that we have beans! Apple for size comparison.

The sounds and smells of summer are everywhere … BBQ aromas hang in the air, welcoming shady patches of grass beckon, white legs are out, flipflops are in and Wimbledon is under way.

The summer mood makes me want to don a curtain and cycle through Salzburg singing ‘Do-re-mi’.

P.s. Musing on the foreign word ‘cappuccino’: my Mamma and her girlfriends meet regularly for a coffee and lunch and all of them order a “skinny cup of chino”. For the longest time these delightful ‘steel magnolias’ thought that a cappuccino was actually a ‘cup of chino’. Can’t take them anywhere!
P.p.s. I’ve just finished reading Little Dorrit – it took me some time as it’s loooong and I’ve been spinning. It’s one of the more challenging Dickens novels. I loved it.
P.p.p.s. With the heat, London windows are wide open and no secrets are hid. Last night we discovered that our Brazilian neighbours, who up to now have been suspiciously quiet, actually have a lot to say. Thank you earplugs!
P.p.p.p.s. The flowers (from Hubby) and many cards I received (in pics) made me feel super special last week. Thanks peeps. Thanks also to one of my nieces who found a ‘You’re 4’ card, cut out a 3 in gold paper and stuck it next to the 4.
P.p.p.p.p.s. My sis-in-law in Hull posted me her delicious homemade rusks – South Africa’s gift to the world – yummy! My parents-in-law are taking me to see A Tale of Two Cities at the Regents Park open air theatre. And my Mamma is sending me the best gift – herself – eta 29 July.
P.p.p.p.p.p.s. I call my cheesecake aunt TANNIE in capital letters because she’s English and this is the Afrikaans word for aunty. ‘Tannie’ has connotations of a chubby, loving, hugging, woman in a large tent-shaped dress who smells like baking. My aunt is huggy and loving but otherwise not a stereotypical tannie. But it gets a reaction. The capital letters are my way of making sure she knows she’s a special tannie.

2 thoughts on “Of birthdays, bouquets, blue skies and overtime”