“I hadn’t been driving long when I felt what I thought was a bug fluttering around my left leg and ankle. I tried to brush it away, but it persisted. With my eyes on the road , I leaned down again to shoo it away, only to feel something much larger than an insect against my hand. Looking down, I saw the head and about 10 to 15 centimetres, of a snake. We had somehow picked up a passenger.”

‘The Biyamati Stowaway’ by Gordon Parratt, from ‘101 Kruger Tales’

A shriek came from a nearby cottage. Then we heard the crash of crockery shattering on a stone floor. A man shouted and swore in German.

Within seconds a large male baboon bounded onto the lawn in front of our cottage. He looked back a few times towards the last shouts of the angry German, then settled down on the grass. He was followed by a posse of eager younger baboons.

The villain scratched his head, gave an incisor-filled yawn and switched his attention to his loot, a three quarter full packet of cheddar biscuits. They’d been neatly stowed away in an airtight Ziplock bag. Our thief fiddled with the plastic toggle thingy for a moment or two, then ripped his prize open with said incisors. Cheddars spilled around his feet and onto his lap. The cascade of crackers caused a stir of excitement among the young posse of observers, but did not move any closer.

Their leader had no intension of sharing.

For the next 10 minutes we were transfixed as we observed him dust off, lick and eat every last Cheddar on the lawn in front of us.

He licked his fingers too, then, almost-bored, he scratched his blue rear and sauntered off. The posse immediately descended on the crumbs. There was some fighting, a few whoops and one or two crumbs found and consumed. The empty Cheddar packet and torn Ziplock were inspected in their turn, but found lacking and left at the scene.

We eased the glass sliding door aside and crept outside, checking for danger. What an exquisite display of nonchalance and villainy we had just witnessed!

Where am I going with this?

Did I tell you I’m writing a book?

On Saturday I met with the man whose story I’m writing. It was easy to talk about his hero – the hero’s goal, his vulnerabilities, flaws, history, personality and voice. We agreed on most things and I’ve enjoyed coming up with a back story to put meat on the hero’s bones, so that I can get into his head and write him.

But now I am fleshing out the antagonist and that is posing to be a whole different matter.

I’m finding it a real challenge to rummage around in his head, to entertain his thoughts and come up with his cruel intensions. So I’m looking to some of our so called cousins for clues – cue the baboons.

Another thing I’m finding difficult is putting my hero through his paces. My hero has a journey and no hero’s journey is complete without some tests and conflicts to overcome along the way.

Any thoughts about what challenges I should make my love-sick hero face?

Should he get the girl in the end or shouldn’t he?

I do love a good story!

SMALL PRINT:
P.s. Believe me, for a small, blonde forty-something to get into the mind of a young, black, twenty-something to write his story is going to take everything I’ve got.
P.p.s. The baboon story is a true story. My mama, Hubby and I watched the whole sordid affair in a Kruger National Park camp in May.
P.p.p.s. Baboons and Vervet monkeys are terrible thieves, but I secretly find them fascinating to watch. They somehow tell me a lot about human behaviour, the sort of behaviour I imagine happens when we think no-one is looking.

8 thoughts on “Profiling a villain” 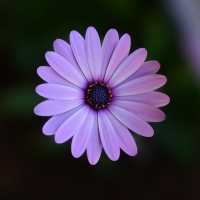