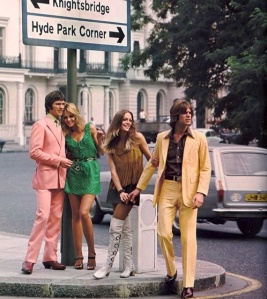 On Saturday Hubby and I went to an 80th birthday party – the third of a series of parties for our most glamorous friend MMM. MMM is a woman of many stories: “That reminds me about the time I met Nixon – before he became president, mind… Then, he was more interested in mini-skirted girls and Champagne than in politics. But he never took advantage!” she explained in her Southern drawl.

We’ve heard the Nixon story a number of times and we never get tired of it. But it’s really the storyteller who captivates me – the accent, the intonation, the minuscule details remembered and the absolute delight on the face of the storyteller. END_OF_DOCUMENT_TOKEN_TO_BE_REPLACED